Taken from us too soon but always in our hearts.

Tributes have been pouring onto social media following the death on January 6 of Blackmore Vale motocross legend Bryan ‘Badger’ Goss. He was 80.

Bryan was born at Yetminster on September 11, 1940 – during the Battle of Britain, hence his middle name, Winston, after wartime Prime Minister Winston Churchill.

It was also at Yetminster that he acquired his ‘Badger’ nickname.

His lifelong love affair with motorbikes began early, and before he got his own, he used to ‘badger’ fellow villagers for a go on theirs.

The habit led to one of his friends calling him ‘Badger’ and the name stuck.

His first bike was a 197cc Ambassador, which cost the teenager £40.

Perhaps inspired by grasstrack star Lew Coffin, another Yetminster resident, he also tried his hand at that discipline but crashed heavily at Exeter and broke his leg so badly that he was out of racing for a year.

‘I vowed to stick to scrambling from then on,’ he later recalled. In 1959 Badger Goss became a works rider for Cotton and promptly beat some of the region’s best competitors to… [see Bryan ‘Badger’ Goss’ full obituary in the January issue of the Blackmore Vale magazine here]

If you would like to pay your respects to Brian the funeral cortege will be driving through Mere Town Centre around 9.30am

Penny Mott died peacefully at home on 10th December 2020.
Much loved mother of Sarah and Catherine and grandmother of George, Isobel, Fergus and Daisy.

Tributes to Ray Humphries – “one of Shaftesbury’s finest”

The streets of Shaftesbury were packed with people who turned out to pay their respects to one of the town’s best-loved residents, “Mr Shaftesbury,” as many called him, Ray Humphries MBE, who died on 24th October.

Owing to Covid-19 restrictions, the funeral on 10th November was a private family service, but the cortege passed through the High Street, stopping at the Town Hall, where Shaftesbury Silver Band played a tribute to Ray, a long-standing member who played the side drum.

Ray, a former Mayor and town councillor, was an electrician by trade, and ran the still much-missed Humphries’ hardware shop in the High Street for many years.

He was a leading light in the glittering Shaftesbury Carnival, one
of Dorset’s finest.

He chaired Shaftesbury Carnival Committee for 37 years, and became a patron after he stepped down from the chairmanship. A carnival committee member said: “No-one ever worked so hard for Shaftesbury.”

Stuart Campbell, also on the town council site, said: “You’ve helped to make Shaftesbury a better, more connected place and have touched
the lives of many. You are truly one
of Shaftesbury’s finest – long may you be remembered.”
Ray was born in Shaftesbury, served as a town councillor for 13 years and was Mayor twice, in 1997 and 2001. He was a trustee of the Hope Trust and the William Williams charities, chaired Shaftesbury in
Bloom and was a member of
many other organisations, including the Royal British Legion.
In 2010, the town council invited Ray and his wife Chris, to be Freemen of the Town – a rare honour that has only been awarded to 11 people.
In 2011, in recognition of his long and remarkable service to the community, he was awarded an MBE in the Queen’s Birthday Honours.

The current Mayor, Andy Hollingshead, said: “Ray will be remembered with great warmth, fondness, and admiration across the whole of Shaftesbury, the town of which he was so proud. Carol and I send our deepest condolences to Ray’s family.”

As a drummer, he not only played in the Silver Band but for dances and parties, including the fondly remembered Electric Bath Band. He played at many amateur dramatic and musical performances, including the annual SNADS pantomime at Sturminster Newton.

When you read the many tributes to Ray, you get a real sense not only of this lovely man with his warm smile and his infectious sense of humour, but of a true local hero, a man who loved and served his town and his community and always had time for people.

As a journalist who knew him for nearly 40 years, I would echo those tributes. Ray was always generous with his time, happy to answer my questions, give a comment on a local issue, or just have a gossip about people we knew, how the carnival had gone or the latest goings-on in the town council. He and Chris were a wonderful partnership. He will be much missed and long remembered.

Another year over, the worst one yet without friends and family and missing you so much. Thinking of you this Christmas time, the 20th one where you’re not here.

Warmth and love radiates from the countless messages and memories being shared for renowned Wilton RDA teacher Pat Burgess, who sadly passed away peacefully on 4th November at home with her family by her side.

Born and raised in South Africa, she emigrated to England in 1964, and when injury forced a stop to her own show jumping career, Pat turned to teaching.

Her teaching reputation grew and during the 1980’s she coached the British Olympic Eventing team, training such legendary names such as Lucinda Green, Richard Meade and Ginny Leng.

Her greatest passion in life was the Wilton RDA. Since 1975 she
was its driving force. She always said she ran the RDA on “love, joy and
enthusiasm”.
Most importantly for Pat the RDA was never simply about how to hold the reins – it was not a ‘lesson’, it was about fun, freedom, confidence, self belief, generosity and love. With these in place the lesson could begin.

In December 2008 Pat was awarded an MBE in recognition of her work with the RDA. Her family and all her friends were extremely proud of her.

Pat was also given the honour of carrying the Olympic torch in 2012. On a very wet day, Pat was cheered on by her family and friends as she charged up one of the steepest hills in Dorset!

Throughout everything Pat never lost her tremendous sense of humour. Her five children, Pete, Jim, Tracey, Tom and Sally, nine grandchildren, nine great grandchildren and many, many friends will miss her enormously and strive to continue her legacy of love, joy and enthusiasm.

In Memoriam: Pauline Barbara Stockford of Blandford, left this world on 15th June 2020 aged 89. Wife of Colin for 59 years and mother of Gemma, Dominic, Clemency and Felicity, Grandmother and Great Grandmother.

Greta May Bright of Hazelbury Bryan Died 6 October aged 90 after a short illness. Funeral was 21 October at Ham Down Woodland Burial Ground. Donations in lieu of flowers to Rainforest Concern or via Peter Jackson Funeral Services

James Anthony (Tony) Bonnell, former headmaster at Stower Provost school, died peacefully at home on 26th September, aged 91.
A family burial service was taken by Rev. Philippa Sargent on 6th October at the Woodland Burial Ground, Shillingstone. A thanksgiving service, to celebrate Tony’s life, will be held next summer in Hinton St Mary church. The family are thankful for the care provided, and the thoughts and messages received.

Loving son and father, Kieran Scanlan, sadly died at his home on Sunday 13th September. The family would like to thank everybody for their kind messages at this sad time.

Obituary:
Eileen (AKA Penny) Margaret White of Templecombe, Somerset – 92 years
Her sons, John and Robert, are heartbroken to announce their mother’s death in her bungalow on 2nd September 2020. Originally from South London, Penny & the late Fred moved to Templecombe in the mid 70s when Penny took a position as a primary school teacher at Stalbridge Primary School. Up until recently she was a regular Saturday morning shopper at Dikes, Stalbridge where she often ran into ex pupils of hers. Penny was a caring, compassionate person full of life and enthusiasm, always ready to help everyone. She will be missed so much by Robert & Gill, John & Helen, Justine, Ellen, June, Martin, Julie, Bernadette and all her friends who meant so much to her. The cremation will be held on Monday 21st September (restricted numbers). No flowers, donations to The Woodland Trust via Peter Jackson Funeral Services, Henstridge 01963 362570.

Be sure to subscribe to receive every issue here, or simply see the latest Blackmore Vale still being published here. 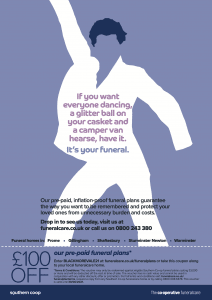